It’s been one week since a massive 7.5-magnitude earthquake reverberated throughout Sulawesi, Indonesia, followed by a destructive tsunami that swept through towns and neighborhoods with stunning force. With much of the region’s infrastructure destroyed, local groups have been going to heroic lengths to care for survivors.

Still Recovering from One Earthquake, Bumi Sehat Steps Up Again

One of Direct Relief’s longtime partners in Indonesia is the Bumi Sehat Foundation, based in Bali, Indonesia. The group was working to help the community recover from the August earthquakes on the neighboring island of Lombok when last week’s earthquake in Sulawesi struck.

“Sulawesi is an island where many people from all over Indonesia transmigrated in the 70s, 80s and 90s… This means that all over Indonesia, people have family in the disaster zone,” she said. “Many are still looking for their family members.”

Communication lines are largely down in Sulawesi and the fuel supply is critically low, further impeding relief efforts and compounding logistical hurdles to getting aid to the area.

“These coming weeks will bring much suffering and more loss of life, above the 1,400 confirmed dead,” she said. “The official death toll is not able to reflect the reality.”

Lim and her staff are working with Budi Agung Hospital in Palu. Many hospital employees are still unaccounted for and the building is structurally compromised after the quake, according to Lim. As a short-term solution, tents outside the hospital will provide shelter to patients receiving care.

“Bumi Sehat’s focus will be to care for the pregnant, birthing and postpartum mothers,” Lim said.

Lim’s group is also working to provide tents, solar lights and water filters, and has drawn from their operational budget to respond.

“Planning is difficult. Nothing can be assumed,” Lim said. “Getting our tents, supplies and medical team from the airport to the hospital may be by foot.”

From Search and Rescue to Medical Care, Muhammadiyah Providing Critical Care to Displaced

Direct Relief is also supporting the Muhammadiyah Disaster Management Center, which is conducting medical outreach throughout the affected area.

The group established a medical outpost at Muhammadiyah University in Palu, which served over 300 patients over 48 hours, according to a post by the organization.

Dr. Zuhdiyah Nihayati, a medical volunteer from Muhammadiyah Hospital in Lamongan, said that patients, many of whom are sleeping outdoors, are suffering physical effects caused by exposure to extreme heat in the day and frigid cold at night. They lack sufficient access to clean water, food and health services, the doctor said.

“Our target is to provide health services to as many citizens as we can reach.” 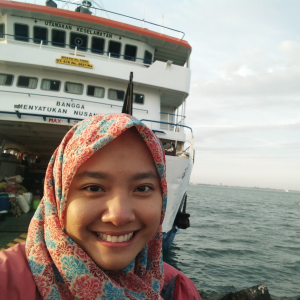